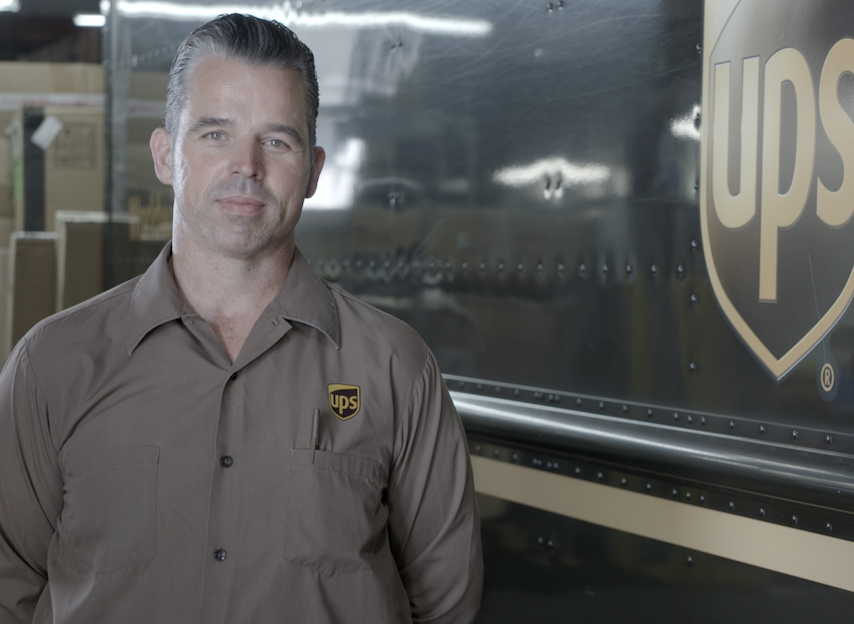 Merritt Billington has worked at UPS for about 25 years; a career he started when he was 18 years old. He delivers packages in the city of Gilroy for UPS and serves as the Local 853’s chief shop steward at the Morgan Hill Center in San Jose. He makes 150-190 deliveries each day — a workload that’s up by about 25% since COVID started.

For most of his career at UPS, Billington was an active member with Local 287. “That was a strong local, but it was a great move to merge with Local 853 because we have even greater strength in numbers.”

Billington believes that there many benefits of being in a union. “As an individual, I greatly benefit from the benefits that are negotiated in the contract. From an employee-wide basis, there’s the unity aspect. We have the power to collectively bargain for what’s beneficial to us.”

And he’s pleased that those benefits include a pension, wage increases that are negotiated, and medical benefits that are second to none. “These are things that are tangible.”

Most importantly, Billington believes that the union is about solidarity. “Solidarity means that we’re in this together and we have each other’s back. We are either all going to float in the river or sink in the river.”