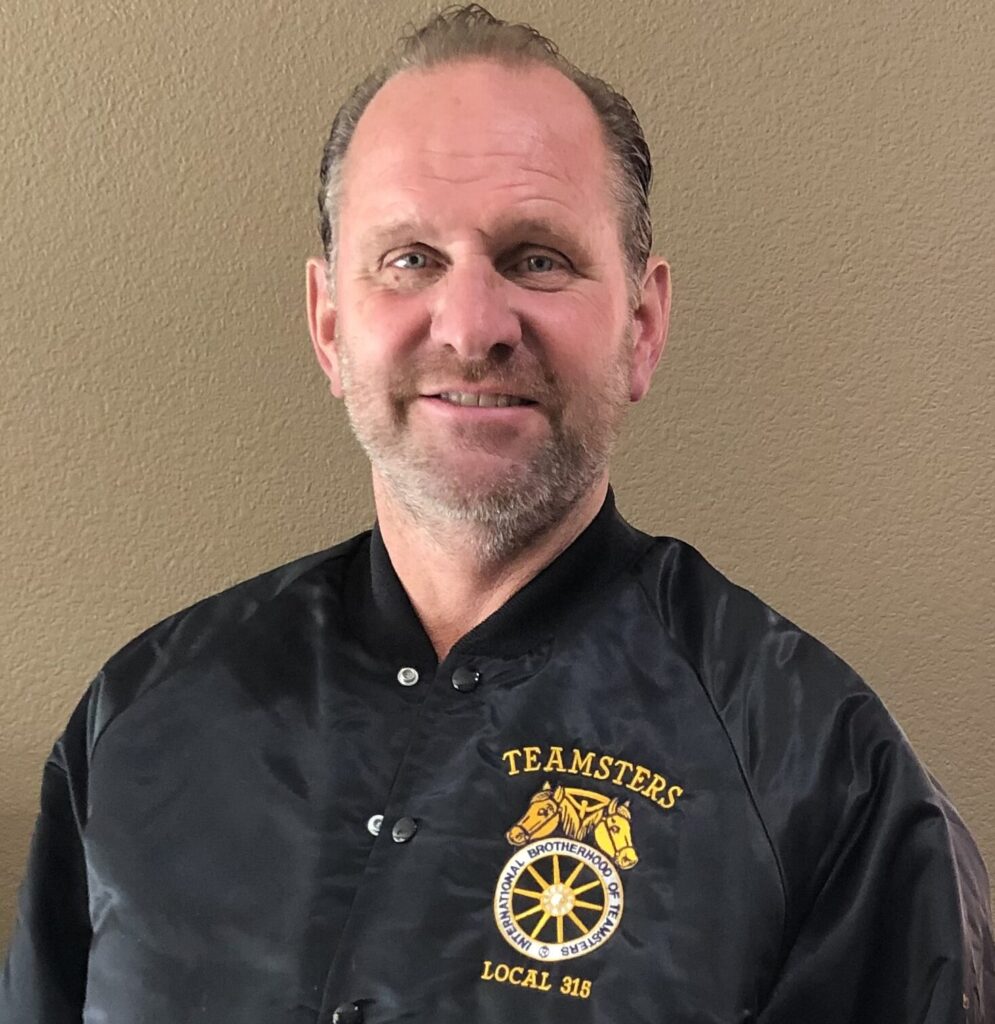 For 36 years, Greg Doench has been a package car driver for UPS, first in Concord and then in Oakley. What he enjoys most about his work is being outside and being active.

“My job allows me to work in the city I grew up in and that I still reside in,” he says thinking about the residential route he’s had for the past 18 years. “I get to see a lot of people that I grew up with, and a lot of my children’s friends that I got to see grow up.”

Doench recalls that he worked in the Concord building back in 1997 when the big UPS strike took place. “The customer support was overwhelming when we were on strike. We had customers bringing food, water, any supplies that they thought we might need. It was great having that support. Without it, who knows what would have happened.”

Having served as the lead steward for about 15 years, and currently, as an alternate steward, Doench says he’s always been active with Teamsters Local 315. As he nears retirement, he says he wants to “help the younger members and current stewards who are younger…I can teach them so that they can continue the work for the members and get educated about worker rights and the UPS contract.”

To Doench, the most important benefit that the union provides is job security. “Without the job, you don’t have anything else that goes along with it.” And that knowledge is personal. Doench says that he was suspended for five days just a few months ago for promoting safety and for getting other agencies involved when his manager wouldn’t do what was right. “My Business Agent and the union leadership were there to stand up for me like I always hoped they would be. It was a moment that I didn’t look forward to, but it made me feel good to know that I had the backing and support system of my union brothers and sisters.”

When talking to new members, Doench tells them not to be afraid to be active. “Read and learn the contract. Gain the knowledge. If you don’t have the knowledge, UPS will take advantage of you.”

Doench says he does what he does for the union and for the other employees because of three stewards who were mentors to him when he was new at UPS. “Clay, Paul, and Paul were great role models for me. I hope that I have an impact on somebody else’s work life by giving them the education and knowledge about how the union works. UPS management can be bullies…and sometimes you have to stand up. My goal is to help people learn how to stand up for themselves effectively. A lot of people helped me, and now I want to help others. That’s what I got from my mentors.”