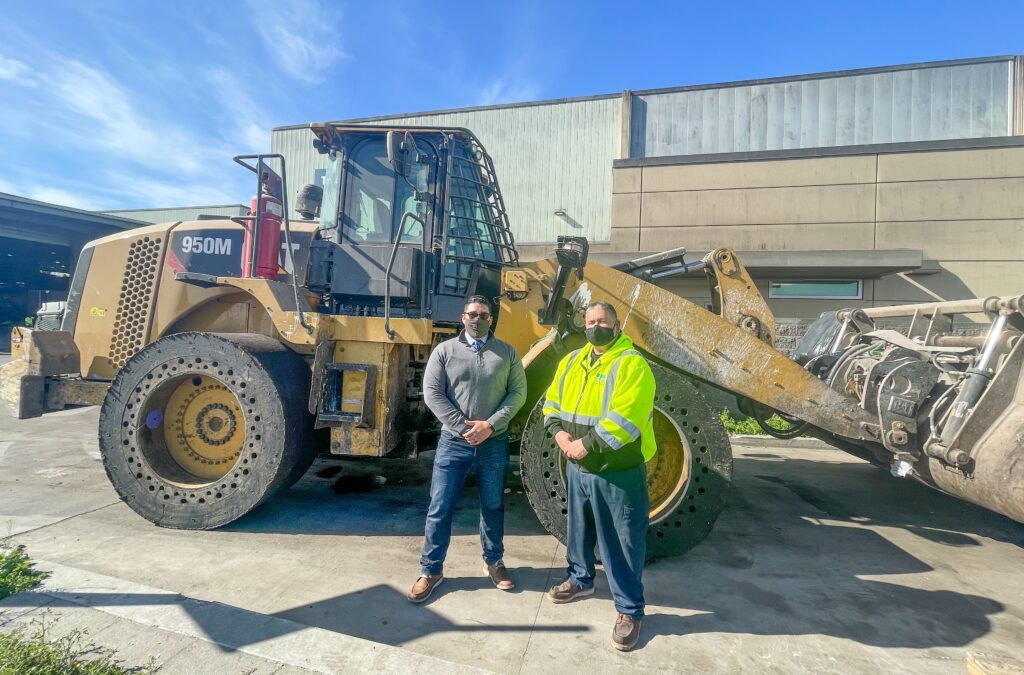 Joseph Gomes has worked at South Bay Recycling for more than 34 years.  He currently works as the transfer station’s heavy equipment operator, and also serves as the unit’s shop steward. “I like operating equipment. I also enjoy my position as the shop steward because I work with great guys and I like working for an organization that helps protect its workers’ rights,” he says with pride.

Aside from being both a proud member and shop steward, Joseph is also one of Teamster Local 350’s trustees. As a trustee, he finds that “it’s interesting to see first-hand how unions not only work with companies and employees but also to see the Local Union’s involvement with cities and politicians.”

When asked about what the most important benefit being part of a union brings, specifically Teamsters Local 350 and its contracts, he said, “Medical benefits are second to none. I also appreciate the job security and peace of mind— knowing that someone is there to protect you.”

As a trustee, shop steward, and most importantly, as a union brother to his peers, Gomes speaks about the importance of being informed and being involved. “Member participation is key,” he says. “The Local Union is only as strong as its members.”