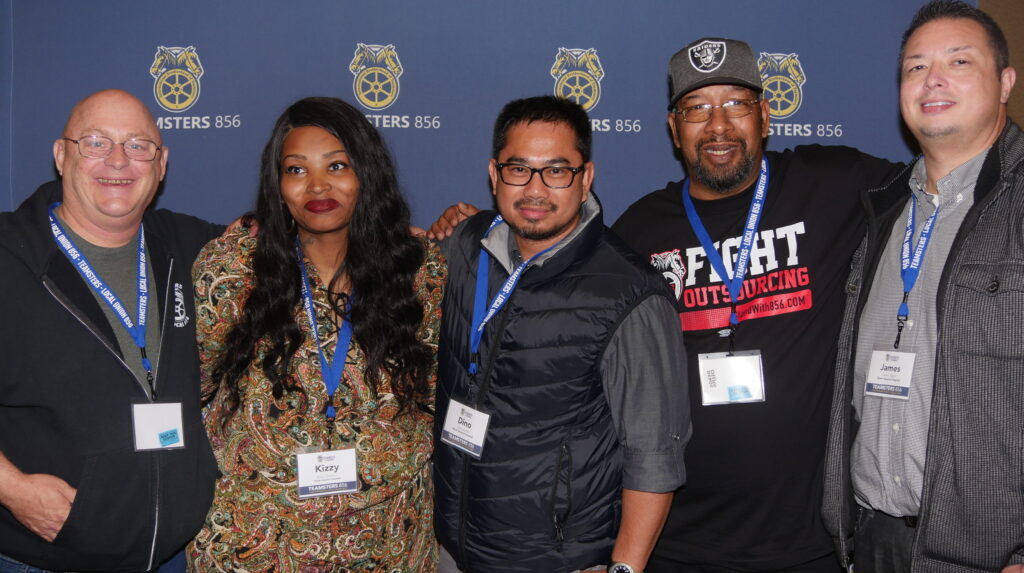 The Teamsters 856 members in the Environmental Services (EVS) department at Marin General Hospital (MGH) take pride in keeping the hospital clean. Their work is critical to the patient care experience because they ensure the hospital is a comfortable place for patients to be seen and receive treatment.

Earlier this year, MGH management came up with a plan to pilot zone cleaning. But rather than extending the work to Local 856 members, the Hospital hired temporary workers.

“Outsourcing is bad because they aren’t allowing us to do our work,” said Shop Steward Brandon Taylor. “Instead, it’s like they are trying to take our work away from us.” When Brandon learned of management’s plan, he contacted his Local 856 representative, Matthew Mullany.

In response to a threatened grievance, management reduced the number of positions they planned to outsource from six to two and agreed to give members overtime opportunities while the outsourcing was being done.

In addition, seven per diem positions were moved to full-time, giving those members full health care and pension benefits.

“It’s a victory because we did not allow management to just shove something down our throats,” said Brandon. “We didn’t allow them to just outsource our work. We fought to make it work best for members right from the beginning.”

“This is what happens when shop stewards and members stick together and don’t give up,” said Mullany. “Because of them, in the end, we got everything we wanted.”

Go to http://www.StandWith856.com to learn more about Teamsters 856’s fight against outsourcing.