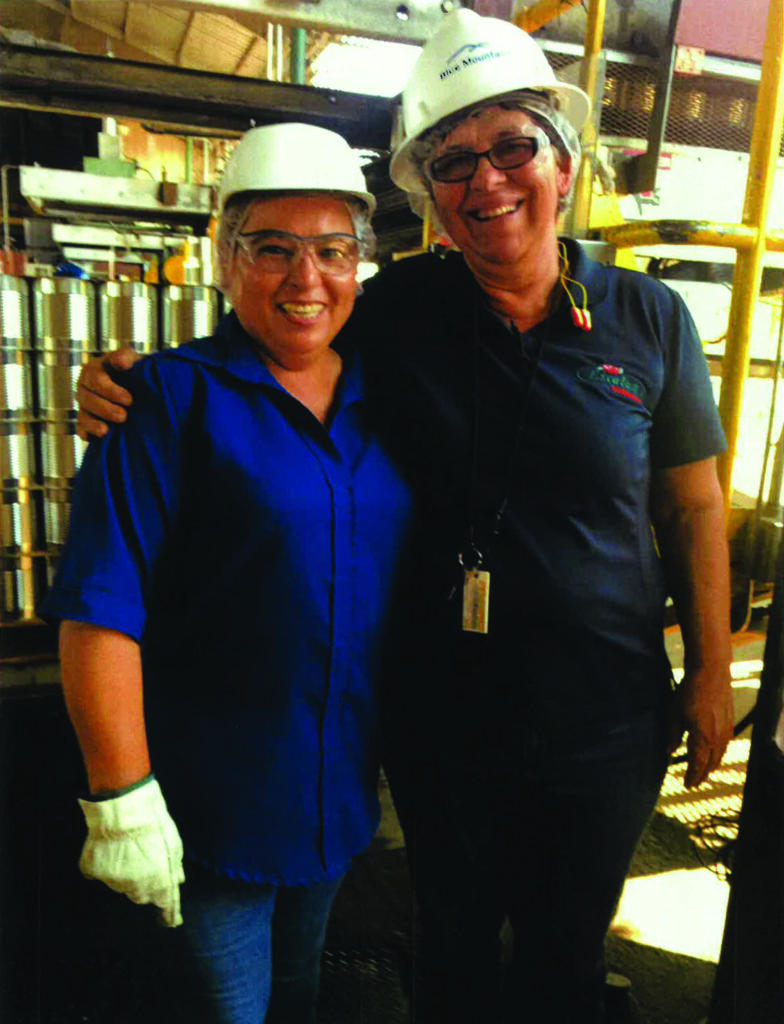 Local 856 members who work at Kraft-Heinz are pleased with their new contract.

Local 856 Food Processing Teamsters recently ratified an important contract extension, which guarantees the largest across-the-board wage increase in the history of the contract.

The Teamsters Cannery Council agreement, which covers 10,000 Local 856 and Local 948 Teamsters working at canneries throughout the Central Valley, also ensures no increases to healthcare costs and maintains important contract protections and language.

“Food Processing Teamsters have quite literally risked their own lives throughout the pandemic to make certain we could all put food on our tables,” said Ashley Alvarado, Local 856 Food Processing Division Director and Secretary-Treasurer of the Teamsters Cannery Council. “It is only just that they are fairly compensated for the sacrifices they have made for the greater good of our communities,” Alvarado said.

Local 856 is taking additional efforts to raise standards for food processing division members, including pursuing legislation at the state and national level that would encourage publicly-funded programs and services, such as school districts, to only purchase agricultural products grown and processed in America.

“Some of our food processing employers are forced to compete with overseas plants, which puts good Teamster jobs at risk,” said Local 856 Principal Officer Peter Finn, who helped secure the contract extension agreement. “American tax dollars should be reinvested in our communities to support good jobs here,” Finn continued.

Irma Arambula, who works at Kraft-Heinz, said the gains achieved in the contract extension are much needed considering cost-of-living increases. “I’m very appreciative of Ashley and Peter for negotiating a better contract and getting a pay raise that benefits all of us and our families who are affected by the pandemic that has caused increases in rent, food, gasoline, and more,” she said.

Ernestina Belmontez agrees. “Even though we are in an economic situation where many companies have been uncertain, we did very well in these negotiations.”

For Local 856 Member Lula Davolos, the new agreement is a catalyst.  “I think this achievement is a motivation for everyone at Kraft Heinz,” said Davalos. “I believe that with these agreements we can improve our quality of life for us and our families.”