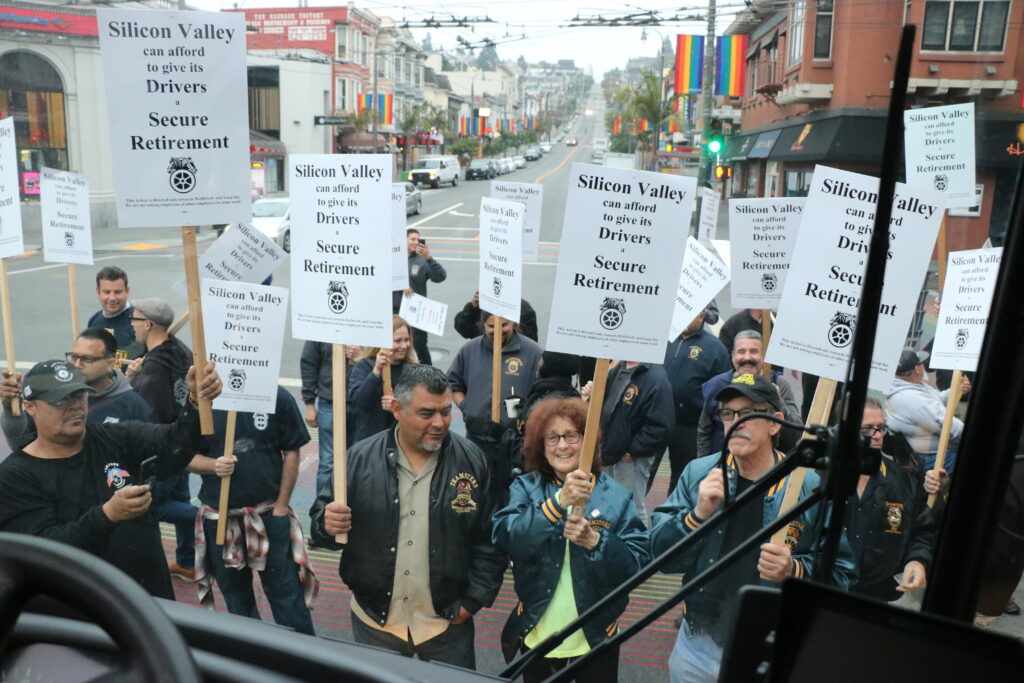 The tech workers start lining up before 7 a.m. to get on buses in the Castro district of San Francisco to be driven down to companies like Apple, Google and Tesla in Silicon Valley. On August 16, their routine was scuttled as nearly 100 Teamsters came to the active bus stop to press the shuttle bus companies for a master agreement that includes a pension plan. 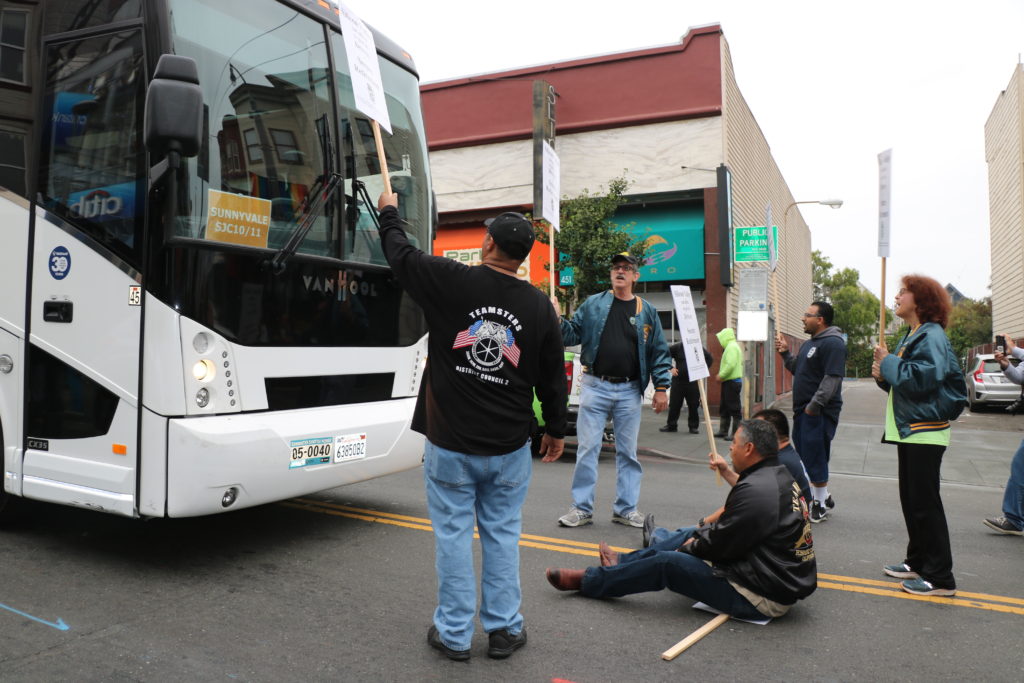 Blocking buses for 3-5 minutes each, the Teamsters let the tech passengers know that their drivers were seeking a better deal. A leaflet distributed to passengers states, “Your hard-working bus drivers transport you safely to and from work every day. They arrive at work hours before picking you up and don’t leave until well after you are dropped off…. Your drivers are in the midst of a crucial struggle—they are fighting for a fair contract to win respect and hope to do so without disruption of this service.”

“We hope the companies will respect the value these drivers bring to their entire workforce and will bargain in good faith for the pensions they want and deserve,” said Local 853 Business Rep Adolph Felix, who serves as lead negotiator for the drivers.