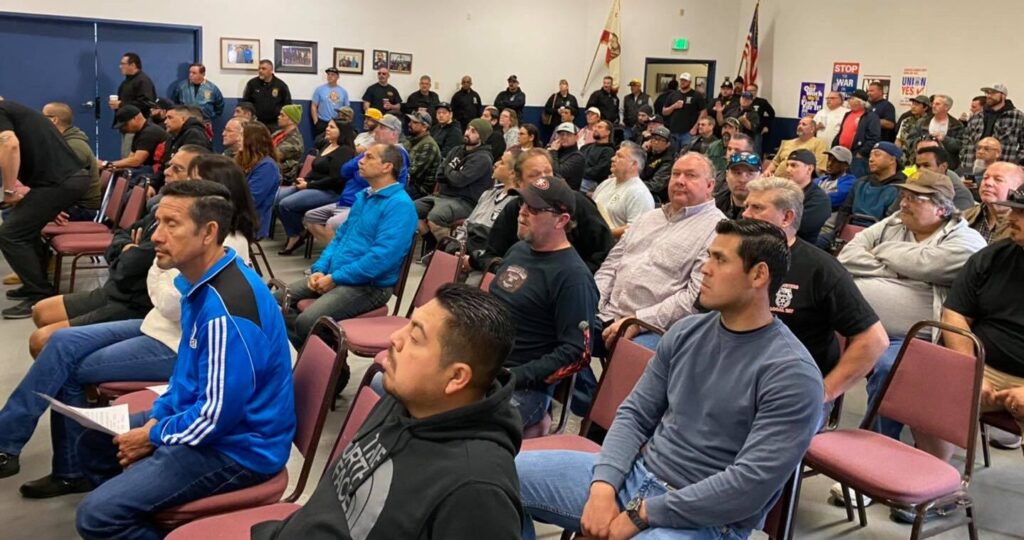 Members of Local 287 met in January to learn about the pros and cons of merging with Local 853.

In a secret ballot mail vote held in February, the members of Local 287 voted overwhelmingly to merge into Local 853. The merger became effective on May 1.

After an explanation of the merger was mailed to each member, the Local held an open meeting for all Local 287 members. Nearly 300 members turned out to ask Local 853 Secretary-Treasurer Rome Aloise questions about the pros and cons of a merger.

“Local 287, one of the older Locals in Northern California, has a storied and honorable past and a reputation of fighting hard for their members,” says Aloise. “The Local’s leadership realized that they weren’t able to fully take advantage of the organizing possibilities in Silicon Valley and they wanted to play a more prominent role in the political world in Santa Clara County.” By combining forces, Aloise says that employers will know that the Teamsters can take them on if need be.

Plans include upgrading the existing building so that it can be used as a gathering place for political events. “We want to make the San Jose office a place that members are proud of, much the same as Local 853’s Oakland office,” added Aloise.  All business agents and clerical staff will be retained and will work as Local 853 employees moving forward.