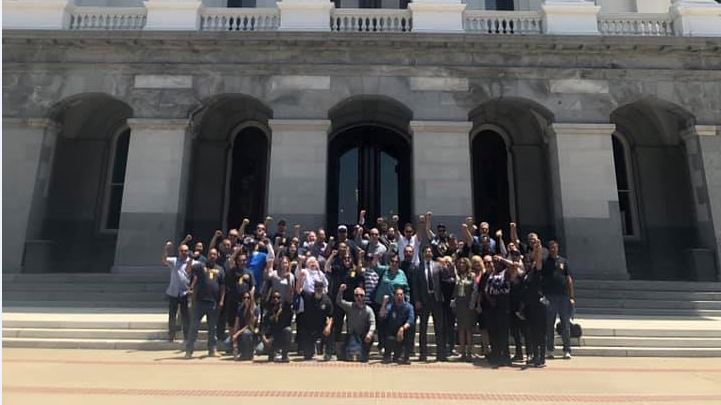 More than 50 Local 2010 members hit the State Capitol in full force on June 5 showing Teamster power to support our bills for the fair treatment of workers. The day started early with travel to Sacramento and kicked off with a brief orientation. Then members hit the hallways to meet with over a dozen legislators and aides to encourage them to vote to restore salary steps for California State University workers and paycheck protections for University of California workers.

“It was an unforgettable experience to speak directly with California’s lawmakers, and convey the importance of passing AB 369 and SB 698 and their benefits to Teamsters working for the UC and CSU systems,” said UCLA Teamster member Jeannette Hernandez.

SB 698 would amend the Labor Code to require the University of California (UC) to follow the same rules as private employers to pay workers properly and on time.  Failure by the University to do so allows employees to take legal action for back wages and penalties.

“Today our members made our presence felt in the Capitol and took a strong stand for fair treatment for working people,” said Jason Rabinowitz, Secretary-Treasurer of Teamsters Local 2010.