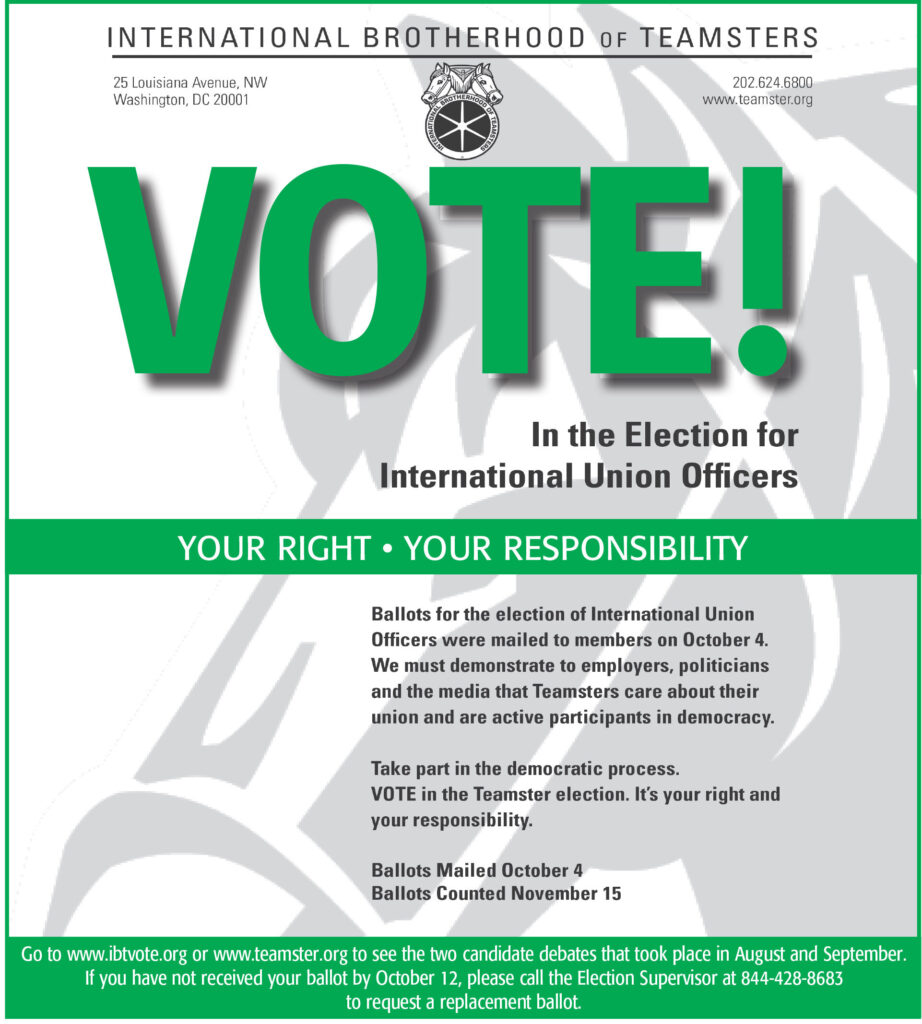 Members have opportunity to determine the future of the union

After two decades in power, IBT President James P. Hoffa, Jr. will not be running for reelection and there is a real contest for who will succeed him. The two candidate slates offer very different visions for the future of the union. Our union is one of the few major unions that enable the rank and file to directly elect their top officers, so it is up to the members—that means it’s up to YOU—to decide.

This paper can’t tell you who to vote for, but we can refer you to the IBTvote.org website and the Teamster magazine to look up the promo materials of the two candidate slates.

Here are some details to ensure that your ballot is completed correctly:

The only thing voting will cost you is the time it takes to learn about the issues and the ink it takes to mark the ballot. Not voting will cost so much more. When we don’t vote, we send a message to employers, politicians and the public that Teamster members don’t value democracy. Let’s show our strength. Vote in the election of international union officers. It’s your right and your responsibility.