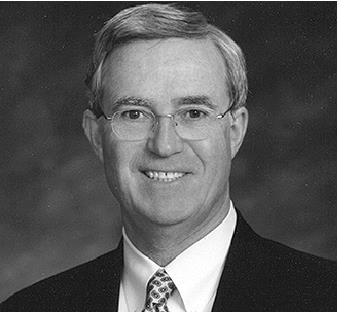 Gerry O’Hara, long-time advocate for the Teamsters Public Affairs Council in Sacramento, died in April, 2018 following many years of struggle with heart and lung issues. He was 82 years old.

Born and raised in San Francisco, Gerry received a Bachelor of Science degree in Economics from the University of San Francisco in 1958. He served in the U.S. Army from 1958-1960 at Fort Ord, as Chief Clerk. He married Linda Keane O’Hara in 1961.

In 1966, Gerry joined the staff of the California Teamsters Public Affairs Council as a legislative advocate. Governor Ronald Reagan invited him to sit on the first Cal/OSHA Standards Board and reappointed him before leaving office. Governor Edmond G. Brown, Jr., when elected, appointed Gerry chair of the Standards Board, on which he served for 16 years.

He became Director of the Public Affairs Council in 1975, retiring in 2001 after many challenging and interesting assignments on behalf of Teamster members. His heart and soul was with all issues related to labor and he quickly became widely known throughout the state as an astute expert on worker legislation, particularly occupational health and safety and workers’ compensation.

He was also very involved in legislative matters related to social insurance and was very proud that his 2001 appointment to the Cal/OSHA Appeals Board in the “public member” position was not opposed by any group, even though he had retired from labor by that time.

Gerry was a daily 6 a.m. swimmer with the Davis Aquatic Masters for 30 years, a photography  hobbyist, an avid book collector and reader concentrating on presidential biographies and American history, a volunteer tutor for a local adult literacy program and a classic car aficionado.