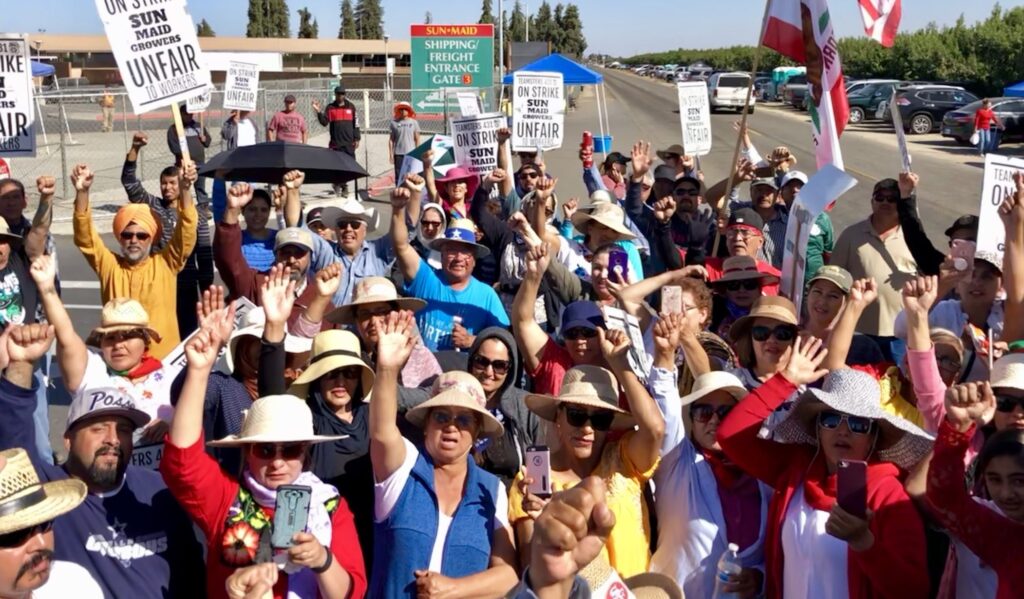 On September 25, the Sun-Maid workers ended their 15-day  strike and returned to the job after reaching a new contract agreement with the corporation. The workers had been picketing for several weeks after negotiations between the company and the Teamsters union broke down.

The new agreement includes monthly medical contributions, competitive market wages, and increased pension contributions in the second and third year of the agreement.

The company notified the union that it will waive the monthly hours required for health insurance coverage to all striking workers for the month of September.

“Our members stood strong throughout this ordeal,” adds Nuñez. “It wasn’t easy, but they never wavered in their desire for a fair deal.”