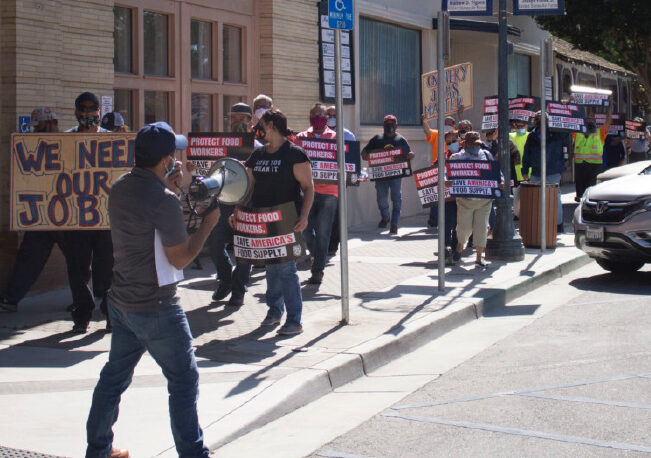 In July, San Benito Foods suddenly received a bill from the city for $4.5 million for their use of water because the city claimed that they needed to upgrade their storm drains.

Because this would have crippled and possibly forced the company to shut down, the union sprung into action. In addition to sponsoring a demonstration at City Hall on July 14, they initiated calls to the Mayor and the City Council and sued to get the fine reduced. A judge ruled that the fine was legal, but after meeting with the city, the company has already gotten the fine reduced by nearly half and is still at the table.

“Our fear is that the Mayor just wants to shut the company down and turn that prime real estate into a tourist destination,” says Business Agent Jorge Valenzuela. “We’ve put up our own candidate—Sal Mora—for Mayor. He came to the protest and we’re confident that, if he wins, he’ll be far more jobs-friendly.”

San Benito Foods, based in Hollister since 1937, employs some 450 Teamster members at the cannery and supports thousands of jobs of truckers and farmworkers throughout the area.