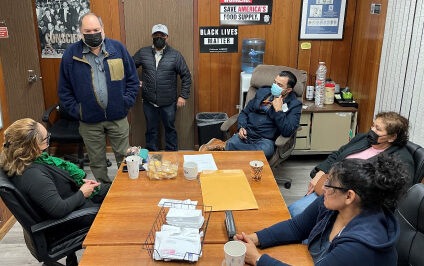 OLAM and Teamsters Local Union 890 reached an agreement to extend the current contract for one year, into 2023. The extension includes a 6% wage increase.

As of early March, Dole farmworkers who had been laid off received work orientations at Teamsters Local 890 and started work harvesting broccoli and cauliflower. Meanwhile, other Dole farm workers are still in Oxnard, harvesting celery; they plan to return to Salinas in the middle of May when the harvest is finished.