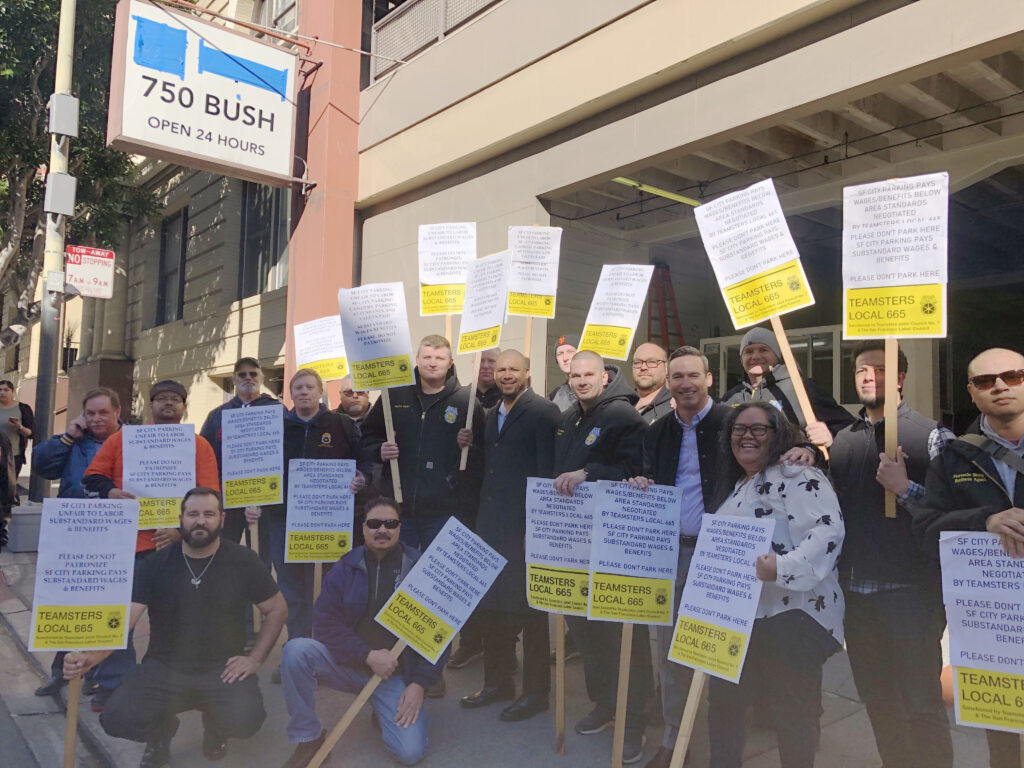 On March 1, 2020 a non-union company took control of the 750 Bush Garage in San Francisco, displacing union members and paying low wages without union benefits to workers taking over the location. Teamsters Local 665 responded with a location strike that morning at 6 a.m. For two days, members and supporters showed up in full force.

“Thank you to all who showed support by coming to the location and picking up a picket sign during the two-day strike,” said President Tony DeLorio. “Thanks to you, the building owner has agreed to bid out the location to a union-friendly company.” 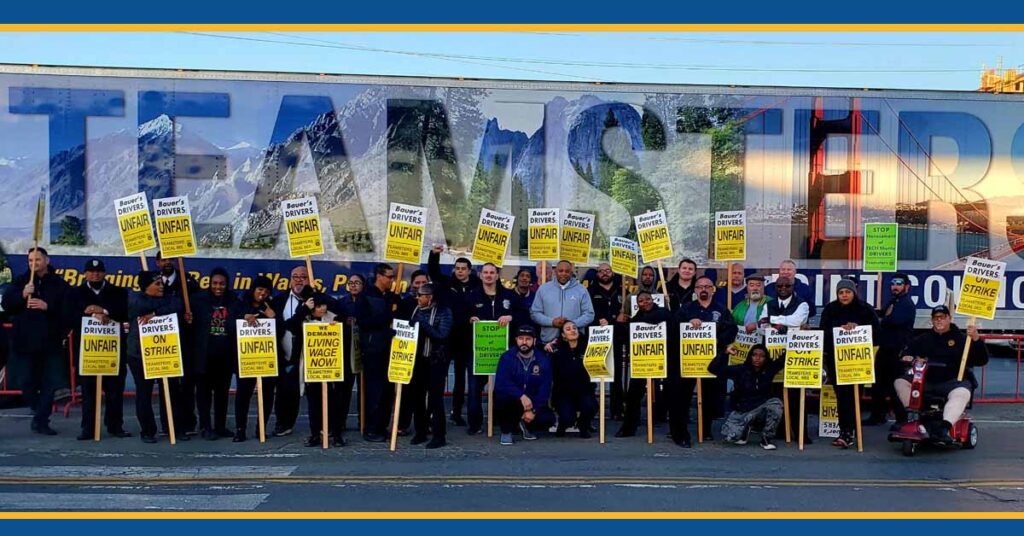 On February 12, Local 665 members went on strike at tech shuttle bus company Bauer’s Transportation in San Francisco and Santa Clara. The company has refused to sign on to the Master Shuttle Agreement, keeping our members from obtaining wage and benefit increases negotiated by Locals across the Joint Council that represent many bus companies performing the same classification of work.

“Thank you to all who showed support and fought to keep the highest in standards for compensation to the drivers working in this industry,” added DeLorio.