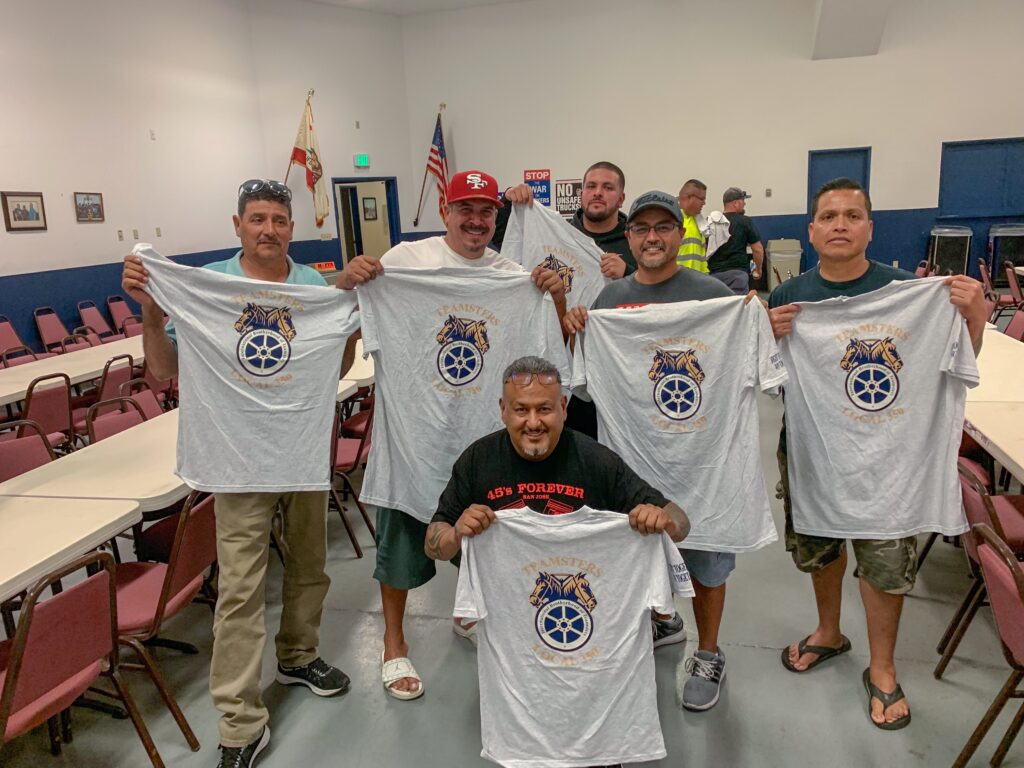 On May 14, the members of Recology San Bruno voted overwhelmingly to ratify their contract and close the deal on a long, hard-fought negotiation.

The five-year deal ensures that the 28-member unit receives significant increases in wages and pension that will bring them to the area standard. This unit is comprised of semi-drivers, garbage and recycling drivers, mechanics, and loader operators who operate the San Bruno Transfer Station in addition to providing essential services to the residential and commercial community in the City of San Bruno.

“Our main goal for this contract was to achieve parity with the other contracts in the county. Our members and negotiating committee fought hard to achieve this goal, and it paid off,” said Secretary-Treasurer John Bouchard.

As a result, these members will receive wage increases of around 20% over the five-year life of the contract and a 45% increase in pension contributions.

“In addition to the economic gains, we were able to secure more lenient disciplinary language and language to help improve staffing levels,” he adds. “Our members displayed tremendous solidarity throughout the entire process and ultimately got what they deserved.”

The negotiating committee consisted of shop steward Michael Crudeli, a member since 2005, and Domenic Cresci, who began his career in 2010.

“We would like to thank Local 350 for all the hard work they put in on this contract,” said Crudeli. “It was a long battle. But in the end, we ended up with this unit’s biggest bumps in wages and pension. Getting this contract done during a pandemic is a testament to our Fight Together—Win Together mentality as a Local Union,” he added with pride.