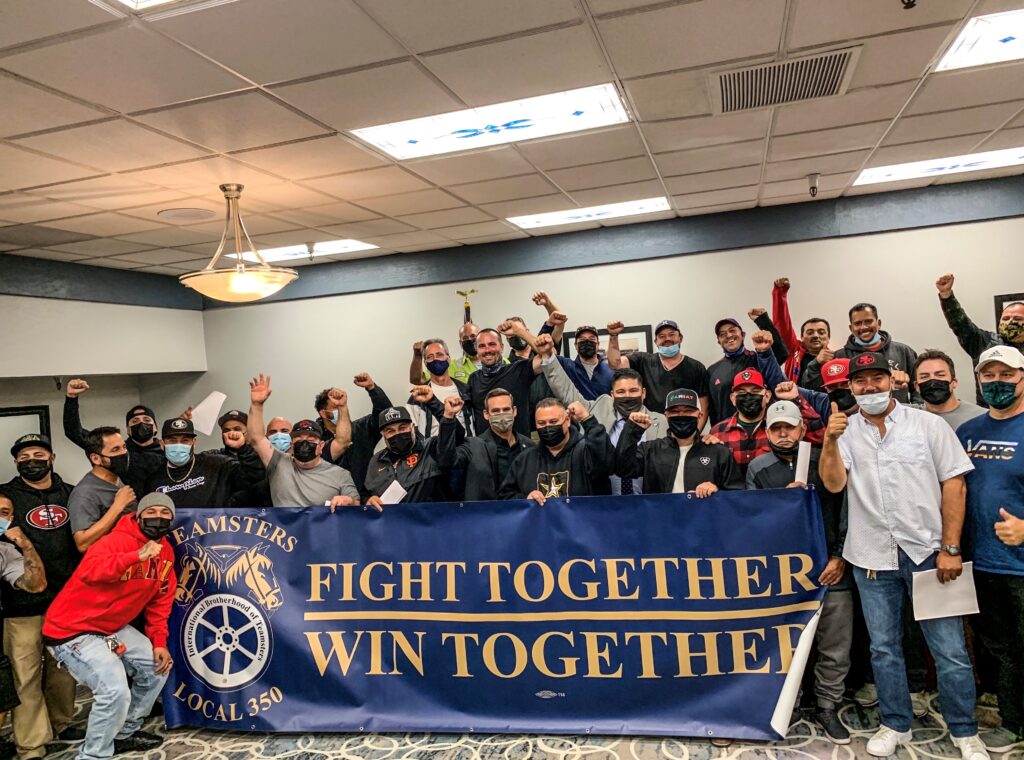 Members at South SF Scavengers are pleased to ratify a lucrative contract.

The 92 members at the South San Francisco Scavengers/Blue Line Transfer Station voted overwhelmingly in favor of a historic new collective bargaining agreement at Local 350’s first in-person ratification meeting since the start of the pandemic. These members service the cities of Millbrae, Brisbane, South San Francisco, and the San Francisco International Airport.

“This is by far the most lucrative financial contract that this unit has ever had,” says Business Representative Robert M. Sandoval. “Several years ago, Local 350 had the vision to significantly raise area standards in wages and pension. Systematically, with the backing of these strong units, solid negotiating committees, and allies, we’ve been able to do just that.”

Depending on their classification, members will see a wage increase of $4.25-$5.56/hour and an unprecedented $1.15 in the pension in the first year. “We don’t say this often, but we commend the company for recognizing the disparity in wages and making a considerable effort to ensure that these essential workers did not get left behind,” Sandoval says, adding that every language modification was an improvement, and the contract didn’t contain one concession or take-back.

“The goal going into these negotiations was to achieve parity with the other North San Mateo County companies. We knew it would take a unified effort. Ultimately, we achieved our goal and then some,” said Secretary-Treasurer John Bouchard, adding his thanks to bargaining committee members Jack Ross, Jorge Ramirez, and Craig Fornesi. “They really stepped up and led the charge that ultimately resulted in the best contract this unit has ever had,”

“Being included in the bargaining committee was eye-opening for me,” said Craig Fornesi, who has worked as a roll-off driver since 1992. I’m grateful to work for a company that still offers full medical benefits to all employees and a Local Union that’s willing to fight for us.”

“Working with the leadership of the Local Union on our negotiations gives me continued confidence that our careers and representation are in good hands!” added Jorge Ramirez, a bargaining committee member and utility/equipment operator since 2013.