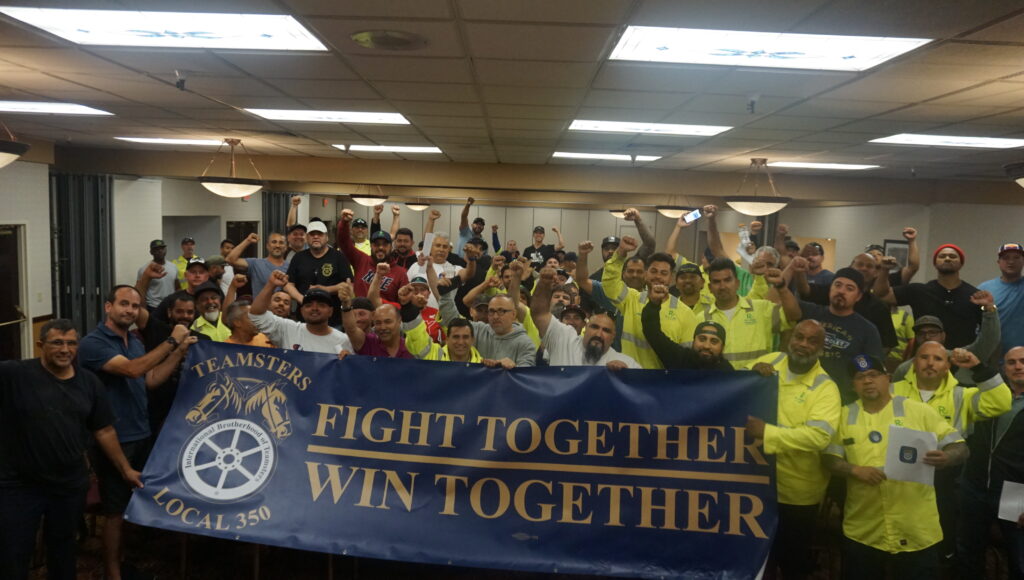 Starting from the proposal meeting, the negotiating committee had a clear objective going into bargaining with Recology San Mateo. After several months, and minor movement from the company, the local union held a strike sanction vote that was unanimously approved by all 145 members present. The negotiating committee, led by Secretary-Treasurer and Principal Officer John Bouchard, went back to the table and was able to secure significant increases in wages with industry-leading language to protect his members.

“The members were adamant that they wanted the first year in wages to be substantial. We were able to do just that by frontloading the contract and getting a $2.00 increase. Also, all wages will be retroed to January 1, 2019. In addition, we added protections in the disciplinary process, full maintenance of benefits, and pension increases. This contract sets the bar for the rest of San Mateo County,” said Bouchard.

Vital to the process, were Brian Marshall, Larry Yarbrough, and Michael Montalbano. This veteran committee members have been part of several contract negotiations and did a fantastic job advocating for their members.

“Although it took considerably longer than the last three contracts I’ve done, it was worth the wait,” said Marshall. “The biggest improvements I’ve seen for this contract were the language improvements. This language supports my members’ right as workers and that is key. We stuck together and made it clear what was most important to us. By doing that, we were able to attain what we wanted.”

“Being brothers and united throughout this whole process is what it’s all about. We are all looking for a collective bargaining agreement that benefits us all, and we were able to achieve just that,” said Montalbano.