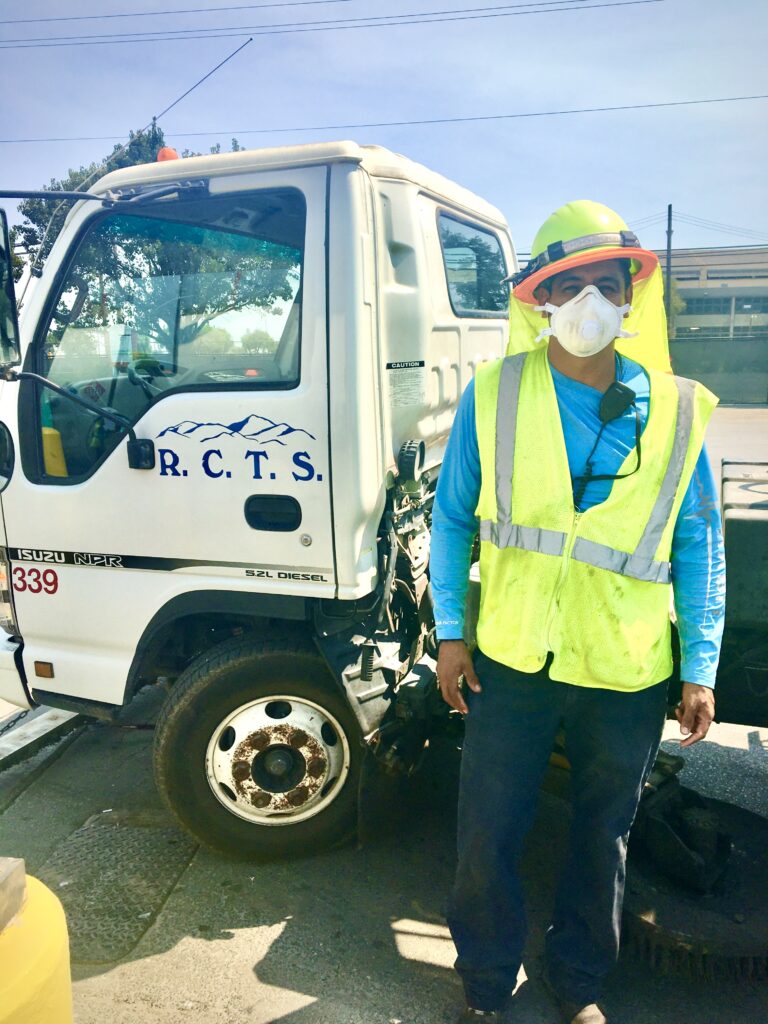 Ignacio Silva is pleased to have a new contract at RCTS.

The Local 315 members employed at Mt. Diablo Resource Recovery recently ratified contracts with two of their units—Mt. Diablo Recycling Center and Recycling Center & Transfer Station. “Negotiating during the pandemic had its challenges,” says Business Rep David Rodriguez, “but with the perseverance of the Local and its bargaining committee, we were able to secure a five-year contract with the biggest pension increases our members have seen, great wages, and full maintenance of benefits for their health and welfare.”

Rodriguez wanted to thank the members for their patience and understanding during the negotiations. “As essential workers, our members played a huge role in obtaining a good contract.”

Over in Solano County, Business Agent Dustin Baumbach completed negotiations with Republic Services over the phone, and, in a new pandemic tradition, the 54 drivers and clerical workers who are part of the bargaining unit ratified their new five-year agreement in a mail ballot. “We have all been working diligently to represent the members during these trying times. The agreements include the largest wage increases our members have seen to date. We also moved the vacation scale a bit to allow members to acquire additional vacation time sooner based on years of service.”

Member gets job back

The Local took a case to arbitration and helped a member win his job back after eight months. Management at MRC Global in Benicia caught a member “riding a part pick cart like a skateboard” for about 10 feet and sent him home pending investigation. A full year later, he was terminated for what the company classified as horseplay.

“When we got to arbitration in February, the company claimed that our member was an ‘unsafe employee,’” said Business Agent Jimmy Thiessen. The union disagreed.  “The employee claimed, from the beginning, that he only put one foot on the cart and scooted a few feet to return the cart and to relieve pain that he was feeling from a non-work-related knee injury.”

Ultimately, the arbitrator ruled in favor of the member, stating that the company should have used progressive discipline. He was returned to work with seniority and was to be made whole, minus a two-week suspension. “This decision was great for our member as he had been out of work for more than seven months,” added Thiessen.