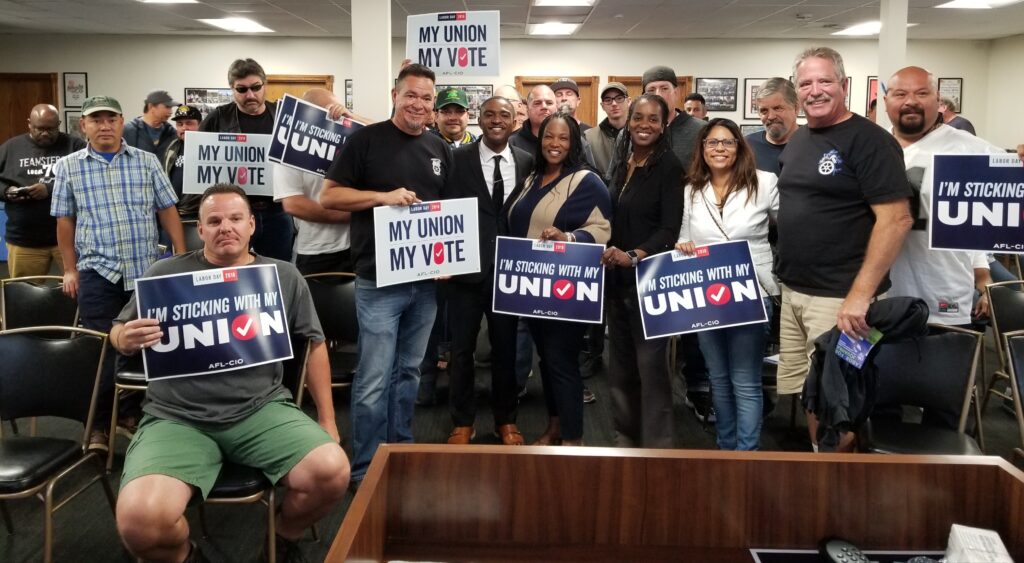 Now that the midterm elections are over, it’s time to look at the results and what they might mean for laws affecting Teamsters and working people generally.

Of course, to become law, any of these proposed changes must first be passed by the House and the Senate and then either signed into law by the President, or have enough votes—which is a 2/3 majority—in both the House and Senate to override a Presidential veto.

The divided Congress means chances are slim to none for legislation in areas that reflects Democratic Party priorities. Any changes to laws affecting the workplace in the next two years must have strong bipartisan support. While bipartisan support for anything is in short supply, it is hard to imagine the Republican Senate allowing any new laws to be passed that help working people.

In the absence of movement in changing and improving federal law affecting working people, the focus in the next two years is going to be aimed at how existing laws are enforced. Because enforcement of the laws is the responsibility of the Executive Branch, the greatest change resulting from the mid-terms is likely to be the Democratic House majority’s power to hold hearings and conduct investigations on important labor issues, including Trump efforts to hamstring unions through the National Labor Relations Board, to downplay enforcement of worker safety protections enforced by the Occupational Safety and Health Administration, and to use the Department of Labor to help employers.

A different picture in California

While we cannot reasonably expect new laws protecting workers to come out of Washington anytime soon, here in California, the election gave the Democrats a lock on the Governor’s office and super-majorities in both houses of the state legislature.

One of the main issues we expect the new Legislature to take up is a response to the California Supreme Court’s recent Dynamex decision. The Dynamex case makes it much harder for employers to deprive employees of state law protections by calling them something other than employees.  California businesses—large and small—are lobbying hard to convince the Democrats to roll this decision back. We expect the Legislature to address this issue as soon as it is back in session.

With a Democratic super-majority and a new Governor, expect many of the workplace-related bills vetoed by Jerry Brown to be re-introduced, including bills banning mandatory arbitration of (non-Union) employment law claims and strengthening protections for victims of sexual harassment. Supporters of these measures are expected to pass them again, hoping for better chances with Governor Newsom. As part of his platform, Newsom expressed interest in establishing some form of “portable benefits” for workers in the gig economy. This is important because gig economy workers classified as independent contractors are not entitled to many employment benefits and protections.

The 2018 elections saw a significant increase in voter turnout nationwide and in California. Now, its time to see what the impact of these elections will be in Washington and Sacramento. Stay tuned!